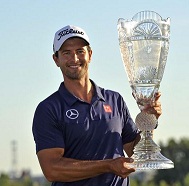 There are several things to take away from the playing of the first FedEx Cup playoff event this past weekend at The Barclays. Obviously the first should be Adam Scott winning the event, getting his second victory of the season.

This win for Scott probably meant quite a bit, because while he has been in contention plenty since winning the Masters in April, he hasn’t been back in the winner’s circle. The victory is a nice complement to that Masters win in which he was moving on from the first Major championship win. END_OF_DOCUMENT_TOKEN_TO_BE_REPLACED

Patrick Reed won the Wyndham Championship on Sunday and jumped from No.78 to No.22 in the FedEx Cup rankings. His win couldn’t have come at a better time, with the start of the FedEx Cup playoffs getting underway this week with The Barclays.

Reed’s jump up the ladder by more than 50 spots would put him into the Tour Championship if the standings were to end today. But of course, things are just about to heat up with the number of points on the line for a FedEx Cup playoff win increasing tenfold. END_OF_DOCUMENT_TOKEN_TO_BE_REPLACED 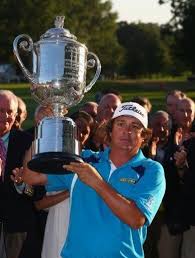 Woods came in with high hopes to the PGA Championship at Oak Hill this past week, fresh off of dominating the WGC Bridgestone Invitational the week before that included a round of 61 on Friday. None of that momentum carried over into the PGA Championship though, as the No.1 ranked player in the world was never a factor. END_OF_DOCUMENT_TOKEN_TO_BE_REPLACED