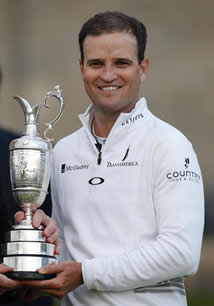 The winner of the Open Championship was a massive surprise for most bettors. Zach Johnson shot 66 (-6) during Monday’s final round of the tournament, marking a career best for the golfer as well as the lowest final round in St. Andrews British Open history. END_OF_DOCUMENT_TOKEN_TO_BE_REPLACED